You don't have any saved vehicles!

Look for this link on your favorites:

Once you've saved some vehicles, you can view them here at any time.

CALL US FIND US

THE HISTORY OF THE CHEVROLET CAMARO

The Original Camaro (1967-1969)
On September 29, 1966, the Camaro legend was born as a direct response to the popular Ford Mustang. The Camaro and its sister — the Pontiac Firebird — were engineered to provide the average driver with a sports car experience.

The original Camaro donned a short deck, long hood, unitized body construction, and seating for four. In the beginning, there were two Camaro models: the Convertible and the Sport Coupe. These vehicles were shipped with no less than 60 factory options, and four of those options were the engines. You could choose from the incredibly powerful 396 V8 or the 250 cubic-inch straight six.

The performance-oriented Camaro Z28 special package featured 302 cubic V8 engine, and it was certified for stock racing! Only 600 Z28 models sold in 1967, which makes it extremely rare and popular today.

During the 70s, GM redirected more of their attention to interior comfort features, such as power windows, power door locks, half-vinyl roof covering, air conditioning, mini-spare tire, and seat belt warning buzzers. In 1978, the Camaro introduced the iconic T-Top roofline. The T-top was a roof with two tinted glass hatches with a “T” bar in the middle. This design was intended to simulate the freedom and open air feel of the convertible. As a result of these innovations, sales skyrocketed.

The new body offered front MacPherson strut suspension with rear coil springs, and it was touted as the most aerodynamic car GM had ever created. The standard engine was a 2.5L four-cylinder followed by a more powerful 5.0L V8 in 1983. In 1985, the Camaro IROC-Z was introduced with an engine that offered over 200 horsepower, and the IROC Camaros remain some of the most popular Camaros to this day.

Classic Vintage 1984 Chevrolet Camaro Z28 Muscle Car
The Fourth Generation Camaro (1993-2002)
The all new Camaro introduced in 1993 showcased a different style that emphasized sleek, smooth lines. The T-top roof remained a popular option, and the convertible Camaro was reintroduced in 1994 after a year off.

This Camaro boasted a bigger size and a much improved rack-and-pinion steering system. For the fourth generation, a V6 came standard on every new Camaro with an optional Small Block V8 engine available.
Classic 1999 Chevrolet Camaro Muscle Car
The Fifth Generation Camaro (2010-2015)
After a short pause in production during the 2000s, the Camaro was finally reintroduced in 2010 with vintage styling cues that harkened back to the original Camaro and huge performance improvements as well.

The new standard engine was a 3.6L V6, which produced 312-horsepower with both 6-speed manual and automatic transmissions available. The all-new Camaro SS featured a 6.2L V8, which created 426-horsepower. At the top of the Camaro line, a new Z/28 model was reintroduced for 2014 with a 7.0L V8 engine, which pumped out 505-horsepower.

2010 Chevrolet Camaro SS Muscle Car
The Sixth Generation Camaro (2016-Present)
Just in time for the Camaro’s upcoming 50th birthday, a new model was introduced for 2016! This new and current model of the Camaro is over 200 pounds lighter than the previous Camaro. Finally, Chevrolet has combined impressive performance with incredible fuel economy.

The standard engine on the new Camaro is a turbocharged 2.0L four-cylinder engine, which is anything but disappointing with 275-horsepower and 295 pound-feet of torque that can still achieve 30 mpg on the highway! A V6 engine is available with 335-horsepower, and the optional 6.2L V8 offers 455-horsepower. Both the V6 and V8 feature cylinder deactivation for improved fuel economy under light acceleration.

Test Drive a New Chevy Camaro at Bellamy Strickland Chevrolet Buick GMC
Serving McDonough, Griffin, Jonesboro, Stockbridge, Conyers & Fayetteville
Undoubtedly, the Camaro is a muscle car legend that has left its mark on history. Today, the Camaro is still a performance car icon, and it’s available to test drive at Bellamy Strickland Chevrolet. We are the premier dealership in the McDonough, Griffin, Jonesboro, Stockbridge, Conyers, Fayetteville & South Atlanta area, and now, it’s easier than ever for you to test drive the performance icon.

We offer several money-saving Chevrolet Camaro incentives and specials to help you drive the car of your dreams without breaking the bank.

You don't have any saved vehicles!

Look for this link on your favorites:

Once you've saved some vehicles, you can view them here at any time. 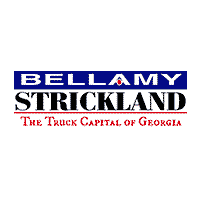